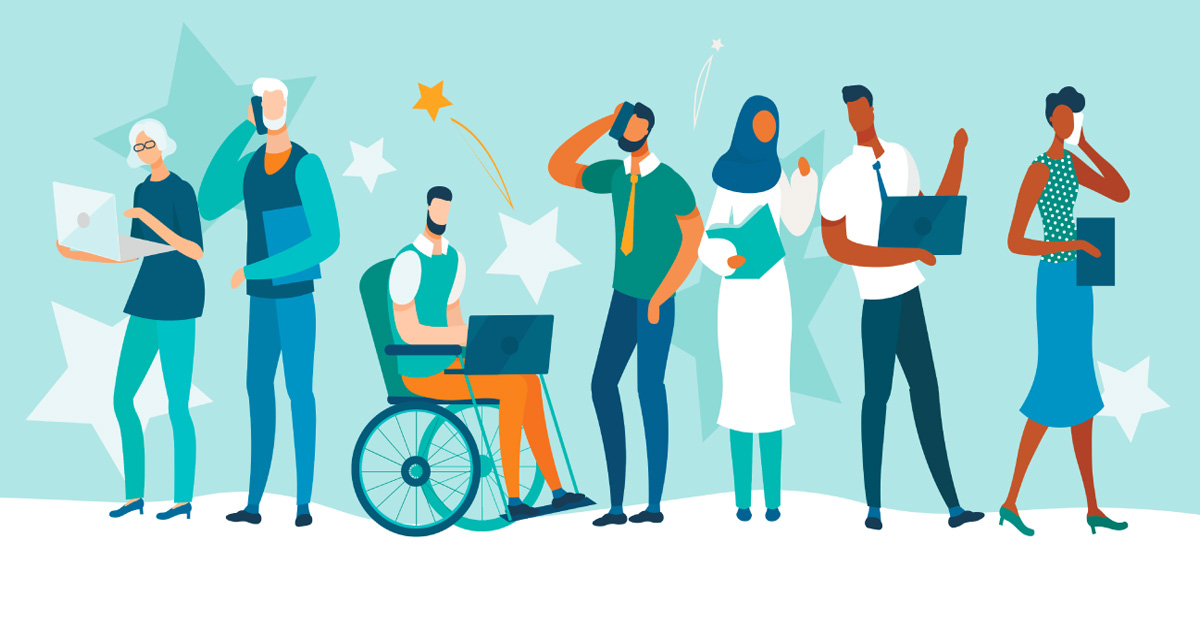 Diversity: The science behind business success

Corporate strategies around building a diverse workforce have been an inclusivity incentive for years with the thought of leveling the playing field for those who have a history of being treated unfairly. But can diversity in the workplace really provide tangible benefits to a company? Increasingly, science is proving that diversity is a crucial key to productivity, innovation, financial growth and inevitably the success of a business.

It’s a scientific fact that diversity makes us stronger. Did you know that the Center for Biodiversity and Conservation (CBC) includes humans and human cultural diversity as part of biodiversity? Any study in biodiversity — from the issues suffered with full bred dogs, to the devastation of the Great Potato Famine — will tell you that with lack of diversity comes weakness and failure. Much the same is true with businesses.

Multiple studies suggest that heterogeneous environments are healthier and stronger. Businesses with a more diverse population are more productive, creative and perform better financially than those with more of a homogenous workforce.

How does diversity make a business stronger and more successful?

Multiple studies point to better employee performance and productivity realized through diversity. Interestingly, some studies focus on racial diversity, while others on gender diversity, still others hone in on differing socioeconomic backgrounds. Whatever the difference, it seems that differences are good!

Diversity sees increased creativity, superior critical thinking, a better set of well-rounded skills. With multiple points of view comes stronger problem solving skills. All of this leads to my next point, innovation.

Lying out a mathematical rationale and logic for diversity in his book, The Difference, Professor Scott Page shows that the diversity of problem solvers matters more than the ability that each possess, when faced with solving complex problems. What matters more than “being smart,” is the ability of a person to see the problem differently. Differing perspectives are the answer.

Much along the same line is the term known as “collective genius.” Coined by a top expert on leadership and innovation and Professor of Business Administration at the Harvard Business School, Linda A. Hill, has written extensively on the subject. Collective Genius has to do with innovation that arises when a diverse group of people is engaged in collaborative activity. Building a work culture that stimulates innovation in this manner has seen such success reflected in practices by industry leaders like Pixar, eBay, Pfizer and Volkswagen. In Hill’s bestselling book, Collective Genius: The Art and Practice of Leading Innovation, she says, “Innovative organizations need leaders who create and sustain an environment that unleashes the slice of genius in each of their people and then combines that ‘collective genius’ into a single work of innovation.”

Companies with people from varying backgrounds and experiences see success in a very tangible way through the means reflected in their bottom lines, which brings us to the last point I’d like to make.

In a study conducted by Boston Consulting Group (BCG), looking at 1700 different companies across eight different countries, it was found that increasing diversity has a direct correlation to increased financial growth.

New perspectives needed to promote innovation are priceless because it is this innovation that leads to higher revenues. BCG found that companies that had more diverse management teams had 19% higher revenue due to innovation. “People with different backgrounds and experiences often see the same problem in different ways and come up with different solutions, increasing the odds that one of those solutions will be a hit.”

According to a Harvard Business Review study of tens of thousands of venture capital investments, evidence points to diversity significantly improving financial performance. And a McKinsey study found that gender and ethnic diversity are clearly correlated to profitability.

Study after study result in the same findings - a diverse workforce is more conducive to financial growth.

With myopic views of a singular cultural experience, we end up with one point of view. To have many points of view brings together rich, multifaceted ideas achieved by inclusion of all types of people who have walked many different paths in life.

Inclusion is so much more than doing the right thing. It’s a smart business move. For a company, it can mean a more productive, satisfied workforce, powerful creativity and inspired innovation — all resulting in a better bottom line.

How do we get there?

We’ve established that diversity has many benefits for a company. So how do we make the right decisions in hiring to arrive at a diverse team?

Diversity and inclusion training is helpful. A focus on skill and experience is really the best way to source and hire. This leaves out factors that could influence us in ways that lead to biased decisions, otherwise known as unconscious bias. But we are only human and unconscious bias is a part of our makeup. Recruitment technology that sources, leaving bias out of the picture is quite helpful in what is called blind hiring. Blind hiring is a process that involves stripping away identifiable characteristics from a resume or CV so your focusing solely on the things that matter – skills and ability. Diversity training together with recruitment tools that focus on ability can help build a stronger, more diverse workforce.

Diversity is as important in the workplace as it is in nature. Business owners need to realize that a heterogeneous workplace is not only an asset for employees, but it also makes good business sense.

Other articles of interest:

How to beat hiring bias through recruitment automation

How can we remove unconscious bias from the hiring process?

How technology can remove unconscious bias from recruitment