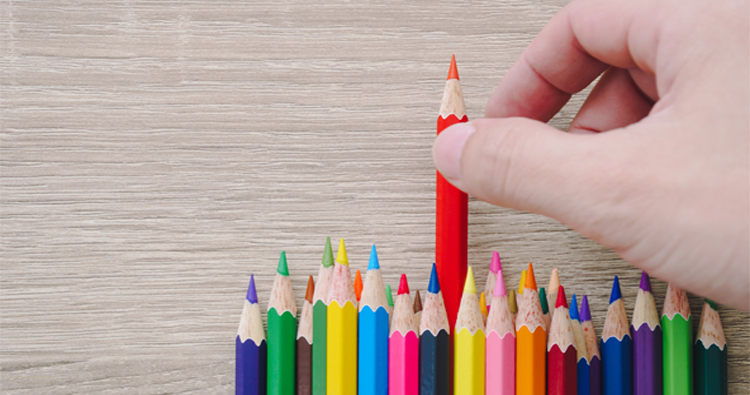 How can we remove unconscious bias from the hiring process?

First, why is this so important? Companies are increasingly focusing on diversity and inclusion as they strive towards a more equal workforce. Research has also repeatedly shown that well-managed, diverse teams are the most productive – their diversity means that they tend to be more agile and better problem-solvers. To achieve an equal workforce, companies need to hire diverse candidates - but what if many of the decisions in their hiring process are affected by unconscious bias?

What is unconscious bias?

The terms ‘unconscious bias’ or ‘implicit bias’ began to be used more widely about twenty years ago in 1998, when a team at the University of Washington and Yale developed the Implicit Association Test (IAT) to measure “the unconscious roots of prejudice.” These terms referred to unknowing or unintentional biases, which are hardwired into our brains and occur so quickly that you don’t even know that they’re happening. These biases stem from factors including upbringing, social structure, education, and your daily surroundings including your workplace – we receive millions of bits of information every second and about 99.99% of these are processed at an unconscious level.

Someone might encounter bias based on their gender, race, nationality or age. There has been a lot of talk over the last few years about millennials (born between 1980 and 2000) being lazy, not being careerist, preferring to work collaboratively and not wanting to be managed. Gartner firm CEB polls 90,000 American employees every quarter and finds that millennials are the most competitive: 59% say competition is “what gets them up in the morning,” compared to 50% of baby boomers, while 33% put “future career opportunity” among their top five reasons for choosing a job, compared to 21% for other generations. These common misperceptions may become the root of unconscious bias.

How can unconscious bias affect recruitment?

The challenge is that unconscious bias can affect every stage of the hiring process and is hard to monitor, precisely because it happens unconsciously.

At the attraction stage, the way a job listing is worded can exclude potential candidates – for example, research has shown that women are less likely to apply for jobs which list a great number of desirable skills, or use ‘masculine-coded’ language. The job listing is likely to be based on what was used to attract the current employees, with an assumption that similar candidates will be best for the job.

When the candidates are screened, their names, home zip codes or where they went to college might mean they encounter unconscious bias. I’ve seen a recruiting scenario in the US where a recruiter had to find bilingual sales executives. His first step was to choose resumes from people with foreign-sounding names!

During the interview process, a lack of shared cultural experience and values with interviewers can mean a candidate is not viewed as a good ‘cultural fit’ for the company - but this thinking is likely to lead to a less diverse team.

What can we do to solve this problem?

We are all human beings and therefore inherently biased. Even people trained to be objective, such as judges or diversity recruiters, are not immune from unconscious bias. You need to recognize this and try to be aware of your biases.

It’s important to gather as much data as possible about each stage of the hiring process, to gain insights on where you might be losing candidates due to unconscious bias.

Involving a more diverse team in the hiring process has been shown to be more effective in hiring diverse candidates. Think about the way you advertise your job – both the way it is worded and where the listing appears. Having more structured, skill-based tests rather than free-flowing interviews also makes it easier to benchmark candidates and removes some of the opportunities for unconscious bias to occur.

There is also now technology which can help. At DaXtra we’ve developed search and match AI technology which matches candidates based solely on the job description. This means that right out of the gate you’re seeing candidates who meet the required skill set, before taking other information into account. You could then use a service like Herefish to continue to programmatically pre-qualify those candidates, as some of our Daxtra customers do.

A few DaXtra customers use our parsing software to facilitate a blind hiring process, by extracting information from resumes and providing anonymous profiles to potential employers. Candidates can then be selected solely on their skills and talent.

Depending on where the pain points are in your hiring process, there are tools out there which can have an impact.

Can we ever totally remove unconscious bias from recruitment?

Ultimately, it’s probably impossible to remove it completely. At some point, a human will have to be involved.

It’s important to make sure you are leveraging technology that can help overcome this issue, rather than perpetuate it. I’m sure we’ve all seen the stories about Amazon’s AI recruiting tool, which was scrapped after it was found to be inherently ‘sexist.’ It had been trained based on the resumes of applicants over the previous ten years – most of which were from men, so it had learned to favor men over women.

Organizations which try to use AI to build an ideal candidate profile based on current employees will find that it is built with bias, because those people were hired with bias. Beware of the hype around companies which claim they can fix this problem completely with their AI solution – that’s just not possible.

Create a really solid job description, then use AI to search and rank candidates – that way you will start with a diverse pool of the best matching candidates without any being excluded (or included) due to unconscious bias. If you start with a bunch of all daisies, you will end up just with daisies, whereas choosing from a field of wildflowers will give you an interesting and complementary bouquet.