RecTech Initialisms and Acronyms you should know

By M Christine Watson, Marketing Director, DaXtra Technologies
Regularly within the RecTech industry we’re hearing and are introduced to more curious new words, specifically initialisms and acronyms. Ok, “RecTech” (recruitment technology,) may be one, though it’s more of a 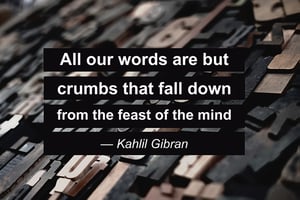 conjoined abbreviation — not unlike “DaXtra,” loosely formed from “Data Extraction.”
We’ve all heard of SaaS, SOAP, API, CRM, ATS — though some of you new to the industry, including me, a few years ago — might have initially wondered what on earth they meant.
Initialisms are abbreviations made from initial letters of longer words — and pronounced using individual letters e.g. FBI, CRM, ATS. An acronym is also an abbreviation, the difference is that it’s pronounced phonetically as a word, e.g. NASA, SaaS, JSON. 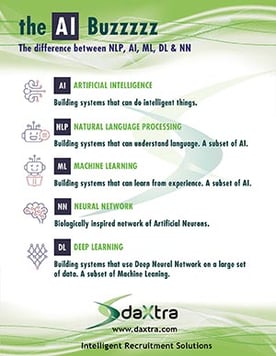 Acronyms weren’t commonly used in spoken language until WWII. Some acronyms which started being used then have been so well incorporated into the English language that we’ve forgotten, at one time they were acronyms: ie: LASER, RADAR, SCUBA, even ZIP code.

Acronyms and initialisms are even more prevalent today. Emphasis on brevity in writing, texting and even speaking, along with complex technology terminology has led to many more abbreviations in the recruitment industry.

These terms and their definitions are helpful information to know. If you're familiar with them already, this guide can be used as a training tool, resource or refresher. It’s also helpful, so people don’t mistake you for burping when you say “ERP!” as opposed to the correct way of saying it: E.-R.-P.
Here are a few acronyms and initialisms we’ve compiled for reference:

API — Application Programming Interface
A sort of a code or a set of commands, functions, protocols and objects that allow programmers to create software or interact with an external system. It provides developers with standard commands for performing common operations so they do not have to write the code from scratch.

ATS — Applicant Tracking System
A software application that manages the lifecycle of recruiting a candidate — including the recruiting and hiring process, job postings and job applications. It organizes and makes searchable information about job seekers.

CRM — Candidate (or Customer) Relationship Management
An approach to managing job candidates, helping to better understand candidate needs and how to meet those needs, through the company’s talent pipeline. A CRM system is a software application that manages the lifecycle of recruiting a candidate, including: recruiting, hiring process, job postings and job applications. It organizes and makes searchable the data collected on candidates.

CV — Curriculum Vitae
A summary of a person's education, qualifications, and previous experience along with other relevant information, typically sent with a job application. Sometimes used interchangeable with “resume,” a CV is generally longer in length. Typically used in the UK, Europe and New Zealand, in the US “CV” is mostly used by academics and graduate students.

For the complete cheat sheet of RecTech Acronym and Initialisms, download this handy print-ready PDF: