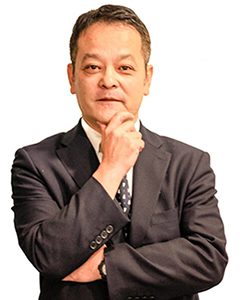 It's time to accelerate the evolution of Japan’s recruitment industry

You heard it here first: After slowly building a Japan client base from Hong Kong for the past few years, DaXtra has decided it is time to open an office in Tokyo.

Didn’t DaXtra recently open another new office in Sydney? Why Tokyo and why now?

Well, in many ways, Japan remains an attractive enigma: home of Sony and Nintendo; birthplace of sushi and shochu. There’s simply no getting around it: Japan is an important market revered for its famous companies and its many contributions to global culture – and it doesn’t look like that is going to change anytime soon.

At the same time, Japan remains a challenging puzzle, especially for outsiders. The language is difficult, and the domestic job market has until recently followed a conservative and risk-averse development trajectory in which many Japanese job seekers aim to stay with the same company for their entire career.

But that is rapidly changing, as is the country’s underdeveloped recruitment industry.

How so? Put simply, Japan’s economy is recovering after a long period of stagnation. Things are moving again, and young professionals are hungry for new opportunities. The country’s job-to-applicant ratio is at its highest in a generation; earlier this year that number was 1.43, and it’s even higher in Tokyo with around two job openings per applicant.

Last year, more than three million Japanese changed jobs, the first time it has breached that level since 2009. Interestingly, more and more of those are mid-career, full-time professionals. Indeed, half a million of those who switched last year were aged 45-54.

This would be unthinkable a mere decade ago. Back then many Japanese professionals expected to work for the same company for their entire careers. But, as the numbers show, that mindset is changing. In fact, it has to: the forces of globalisation are reshaping Japan and are too strong to resist.

This tectonic shift affects Japan’s traditional recruitment consultants in one key way: previously their major mission was finding a good candidate and then convincing that person to change jobs. It was much less important to conduct a wide, data-driven search, not least because the number of candidates was limited, as was the variety of places they’d worked.

But today many Japanese jobseekers post their CVs to job boards and hiring websites, and that means recruitment consultants must work harder than before to understand these candidates – and to evaluate a larger pool of data efficiently.

That’s where our solutions come in, and that’s another reason we’re excited to be opening our Tokyo office.

Take DaXtra Parser, which works in dozens of languages including Japanese. Surprisingly there is no other CV-parsing solution in Japanese, and there are no Japanese vendors providing such a product.

That’s not least because, tech-wise, Japanese is one of the most difficult languages: we have three character sets – Hiragana, Katakana, and Kanji – plus the alphabet that is used in Japanese CVs. Our CV-parsing solution, for which we developed the Japanese-language version in 2015, includes all four.

That’s why some of Japan’s largest recruitment firms, companies like Recruit and en world, already use DaXtra’s solutions. When it comes to Japan, then, we have a solid foundation of cutting-edge, influential clients in place, and we’re convinced the CV-parsing market will expand rapidly over the next 12 to 18 months.

On the other hand, it’s also true that there’s still little awareness of CV-parsing in Japan – among local recruitment companies and particularly among HR staff at corporations. But speaking as a sales and marketing professional with a background in IT and recruitment – who has also worked across the US, Hong Kong and China – that’s a challenge I relish.

For all these reasons, then, I’m excited that DaXtra will be able to contribute to the continued evolution of Japan’s recruitment market – whether that’s via local recruitment agencies, or companies in the IT, chemicals, or automotive sectors, among many others.

Right now, many Japanese recruiters think it’s enough simply to load a CV into a database and do a full-ticket search. Our job is to show them there’s a more effective way: that a full-technology search and database analysis using structured data will help them to do their job better – which is to find the right people for the right job in the most efficient way.