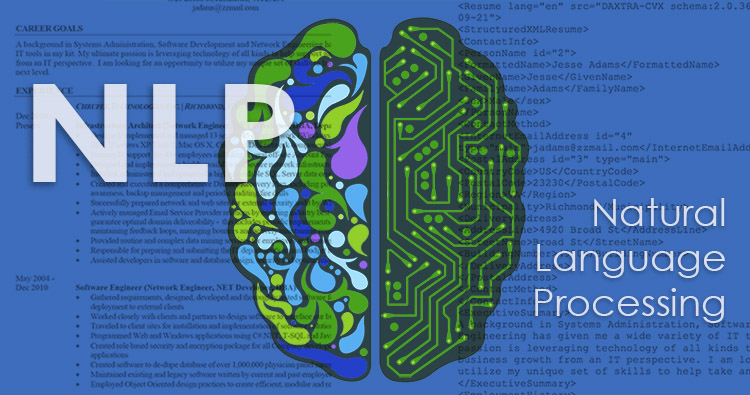 What is Natural Language Processing?

You are looking for a Managing Director in the Mid-Atlantic area of the United States. In searching for the perfect candidate, you have been resourceful and have included every iteration of “Managing Director” in your searches, including “MD.” 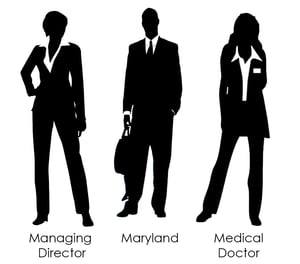 Each of the people mentioned have “MD” listed multiple times on their resume.

So how does an AI search and match tool, like DaXtra Parser, find and locate Anita, rather than John or Felicity? The answer lies in the branch of Artificial Intelligence called Natural Language Processing, or NLP.

Humans communicate using language which is usually made up of words, a form of unstructured data. Our brains have been trained through speech and then writing from early infancy onward and while we as humans usually understand the written word quite well, computers find a jumbled mess. Computers have been programmed or “trained,” if you will, on sets of rules like Java, Python, C++ and so forth.

As humans, we are able to draw conclusions based on semantics and/or many things relevant to the subject being discussed through the context of a conversation or the text we are reading. There is a huge amount of information that the human brain is processing in order to understand what is being said, (e.g. who we are communicating with, the situation the conversation is relating to and subject matter at hand.) There are literally thousands of permutations of metadata our brains process to make sense of communication by words. It is also not unheard of for people to misunderstand or misinterpret what is being said.

Computers view human writing as unstructured occurrences of words and to a binary brain it’s a very abstract concept. So, to be able to understand or make sense of any human-written text a computer must be given the unstructured data with as much context as possible in order to process that data in a meaningful way and that adds value. NLP is an attempt to bring computers closer to this human level of understanding.

In a Built In article which explains the topic well, George Seif, an engineer on the subject, says, “Natural Language Processing (NLP) is a sub-field of Artificial Intelligence that is focused on enabling computers to understand and process human languages... advances in Machine Learning (ML) have enabled computers to do quite a lot of useful things with natural language. Deep Learning has enabled us to write programs to perform things like language translation, semantic understanding, and text summarization.”

This kind of human-level computer understanding and translating is tremendously important when it comes to resume parsing because resumes naturally contain the nuances of the human language, in a word, context, that makes the document subject matter specific. Resume parsers like DaXtra Parser, through semantic analysis, interpret human text or the unstructured data, (ie: words) in the resume, break that structure down, applying the all-important context it can draw from the resume as a whole document, and then turn it into structured data like XML or JSON, which a computer can process. Semantic analysis in relation to NLP is discussed further in the Forbes article on the subject, "Semantic analysis is how NLP AI interprets human sentences logically.”

By understanding this data, via contextual patterns, the parser is then able to sort and rank the candidates as to whom will fit the position best, based on many criteria. But where NLP makes the most difference, is its ability to draw out identifiers like how skills are described in context to the job role and the recency of a job, role or skill in relation to the employment history.

How much easier and time-efficient is that than the old-fashioned way some of us may remember, of sorting through paper resumes to come up with the best candidate? Incomparable really! And yet there are those who are still not using NLP automation to parse.

While this is only the tip of the iceberg of what AI could offer in search and match, it is a huge step forward. That said, some parsers are better than others when it comes to accuracy. The best choice is a multilingual parser that operates as close to human-level accuracy as possible.

For recruiting firms, staffing agencies and in-house corporation recruiting departments large or small, whose success depends on speed and precision in finding qualified candidates, NLP search and match technology is a must-have tool.