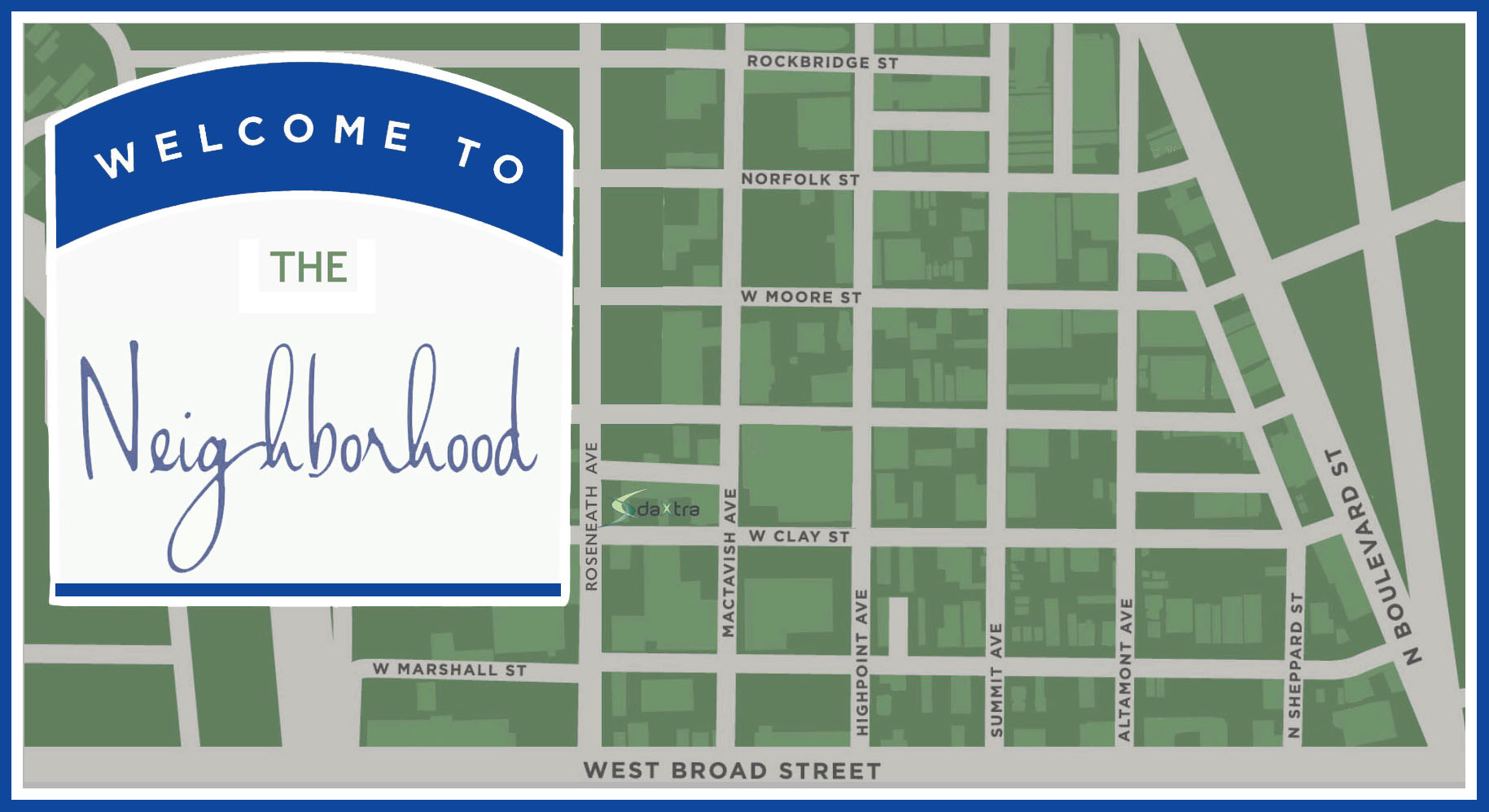 Around the corner or across the globe

DaXtra's Richmond, VA office welcomes others in the recruiting and staffing industry to the neighborhood

DaXtra’s US East Coast office has been located in Richmond, Virginia’s Scott's Addition Historic District since 2013 and has recently witnessed the boom in, not only breweries, but in recruiting and staffing companies moving into the neighborhood.

Named for General Winfield Scott, Scott's Addition was a part of the vast, 600-acre Hermitage estate that Scott received from Colonel John Mayo, as a dowry when he married Mayo’s daughter Elizabeth, in 1818.

A National Trust for Historic Preservation article says, “The neighborhood’s low-set, spacious structures—remarkable for their architectural diversity—have been turned into apartments, art spaces, breweries, and more, adding density and development to the northwest part of the city.” Scott’s Addition was added to the National Register of Historic Places in 2005.

Not only is the neighborhood teaming with entertainment, but other businesses are relocating and flourishing here. Past history aside, within the last couple of years we’ve noticed a few familiar names in the recruiting and staffing industry moving into our rather small, yet very hot district. Names like Aerotek, Aston Carter, Fahrenheit, Monument Consulting, Morton, Randstad and Strategic Staffing Solutions, all now have offices almost within a stone’s throw of DaXtra and we're grateful to have a few of them as loyal customers. Beyond finding a great craft beer, Scott’s Addition is quickly becoming the place to find a job!

As for DaXtra, our company was founded in Edinburgh, Scotland in 2002. By 2009, DaXtra had established a U.S. office in the mid-Atlantic D.C. area, then moved to Richmond in 2009.

DaXtra’s office made another move in 2013, from Innsbrook in the West End of Henrico County, to our present location at 3310 West Clay Street. With roots firmly planted in Central Virginia, DaXtra is excited to be planning on expansion and a redesign of our Scott’s Addition office this fall.

In the last few years, our global presence has also grown and expanded including offices in Edinburgh, London, Hong Kong, Sydney, Tokyo and Shenzhen, China. Our U.S. presence further developed as well, with the establishment of a regional head office on the West Coast in 2015, located near San Francisco in Berkeley, CA.

DaXtra has become a world-leading force in high-accuracy, multilingual resume and job parsing, semantic search and matching technologies. As a leading supplier of search and parsing solutions for the recruitment and staffing industry, whether you’re literally down the street or across the globe, our recruitment automation solutions are right around the corner. So, let us know how we can help you increase efficiencies in your recruitment processes.

Welcome to the neighborhood!